AS PUBLISHED IN THE WALL STREET JOURNAL ON MARCH 14, 2022

Gasoline prices are higher than we have ever seen. The government reported a year-over-year inflation rate of 7.9% for February, the highest since 1982. Americans need relief, and one thing stands in the way: President Biden’s unwillingness to reverse course on his administration’s commitment to put the American oil-and-gas industry out of business at the consumer’s expense.

In the year since the administration froze new drilling leases on 26% of federal land and more than a third of the nation’s resources in productivity, the U.S. has been falling further from energy independence, putting national security at risk. There is no good reason for America to become more reliant on energy imports. It constrains our policy choices, forces us to cede our national security to foreign players, and enriches those who would do us harm. This administration is working with the Saudis, Venezuela, and even Iran to come to the rescue. Why?

The U.S. needs domestically produced oil and natural gas. In 2019 the U.S. became energy ­independent, a net exporter. Gas and electricity prices were low, and the U.S. was the largest producer of energy on the planet. Thanks to abundant and affordable clean-burning natural gas, brought to us by horizontal drilling, the reduction in greenhouse-gas emissions was the most successful in the industrialized world.

Modern life is predicated on cheap, abundant, and reliable energy. This administration has manufactured scarcity and mandated insecurity around the globe. Energy prices are rising everywhere, and releasing a couple of days’ supply from our strategic reserves is a temporary patch. The largest strategic reserve in the world is under our feet.

The solution lies in three simple actions: First, make it official U.S. policy to restore energy ­independence by using all sources of available energy. Announce the intent to bring on more supply of oil and gas in the U.S. This provides certainty for producers to bring new capital and supplies to the market, meeting current world demand.

My message to the administration is this: The people of American oil and gas stand ready to work with you on U.S. energy development.

Second, open federal lands for energy development. The 9,000 permits the White House keeps touting is misleading at best. Thousands of those sites can’t be developed as they are held up in litigation. Others require new permits and leases to make a full unit. Thousands more await approval. Conservatively, our data tells us the number of available permits ready for production today stands closer to 1,500, and many of those are already drilling. No leases have been issued for federal land since 2020.

Third, support energy infrastructure, including pipelines to transport natural gas, oil, and CO2 safely. Projects such as the Mountain Valley Pipeline would increase energy availability and enhance our ability to export to our allies.

Last week we heard for the first time that Energy Secretary Jennifer Granholm is ready to work with “everyone and anyone who is willing to take a lead into the future by diversifying your energy portfolios to add clean fuels and technologies.” The American oil and gas industry has done just that. My message to the administration is this: The people of American oil and gas stand ready to work with you on U.S. energy development.

Mr. Hamm is chairman of the Hamm Institute for American Energy, the Domestic Energy Producers Alliance, and the Council for a Secure America. He is founder and chairman of Continental Resources.

NEWS RELEASE BISMARCK, ND - Two new training courses are underway in the Williston Basin to continue the mission of a safer and more efficient oil and gas training process. In the three years since the North Dakota Petroleum Council (NDPC) launched ONE BASIN - One...

END_OF_DOCUMENT_TOKEN_TO_BE_REPLACED

YEAR IN REVIEW A YEAR IN REVIEW During the 2022 NDPC Annual Meeting, NDPC Chairman Lawrence Bender gave his Year-In-Review to highlight the work of the North Dakota Petroleum Council over the past year. The industry has regained strength following the many challenges...

END_OF_DOCUMENT_TOKEN_TO_BE_REPLACED 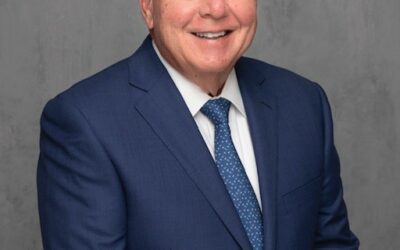