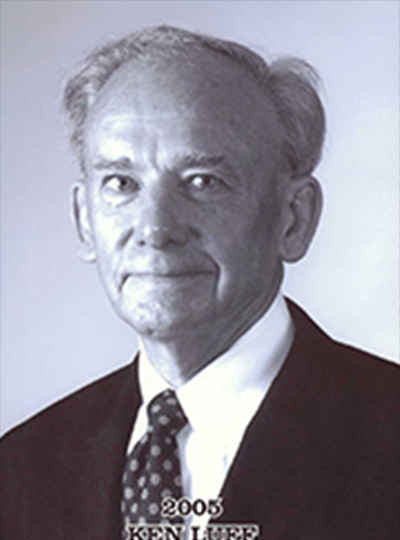 Ken is a registered professional geologist and has been a member of the American Association of Petroleum Geologists, the Independent Petroleum Association of America, the Rocky Mountain Oil and Gas Association (serving as President from 1991-1993 and receiving the Honorary Life Award in 1996), and the North Dakota Petroleum Council.

In 2004, he was one of the 54 inaugural inductees in the Rocky Mountain Oil and Gas Hall of Fame and earlier this year he received the Independent Petroleum Association of the Mountain States’ 23rd Wildcatter of the Year award.

“Ken’s management expertise was crucial in the restructuring process of the Petroleum Council. The association has come through several restructuring efforts in recent years a stronger organization because of help from members like Ken.”